Gog is a person. Whoever Gog is, he is from the land of Magog and is the leader of Rosh, Tubal and Meshek.  And a confederacy of other nations: Persia, Cush, Put, Gomer, and Beth Togarmah. He will be forced to “attack a peaceful and unsuspecting people,” Israel. But the Lord God is against him and will defeat him soundly.

Gog will be the leader of a great army that attacks the land of Israel. Gog is described as “of the land of Magog, the prince of Rosh, Meshech, and Tubal” (Ezekiel 38:2-3). 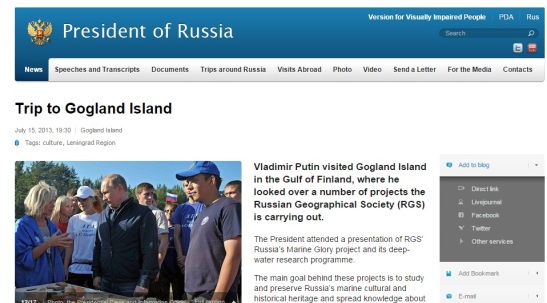 Putin visited Gogland Island in the gulf of Finland

Historically speaking, Magog was a grandson of Noah (Genesis 10:2). The descendants of Magog settled to the far north of Israel, likely in Europe and northern Asia (Ezekiel 38:2). Magog seems to be used to refer to “northern barbarians” in general, but likely also has a connection to Magog the person. The people of Magog are described as skilled warriors (Ezekiel 38:15; 39:3-9). 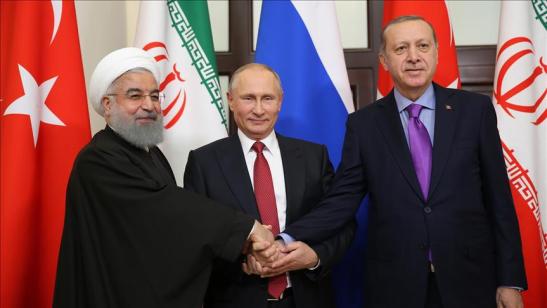 Putin unites Shia and Sunny !!!  From meeting in Ankara April 2018.

By the eighth century A.D., the Vikings of Scandinavia began to move toward the east. According to legend, these “Varangians”, as they were called, came east by invitation to protect the Slavic people from their enemies, especially the Khazars.  The man who became the new leader of northern Russia at this time was Rurik.  He and his followers were the ones who first became known as the “Rus”.  It is from these events that we find the earliest roots for the name of Russia.  Again, according to the Encyclopedia Britannica:

“Russia (originally Rus, latter Rossiya) was for centuries a multinational state of eastern Europe and the northern part of Asia.  At first a loose confederation of principalities it became in 1480 a sovereign tsardom (Tsarotvo Russkoe) governed centrally from Moscow and in 1721 an empire (Rossiiskaya Imperiya) that was destroyed in the revolution of 1917”.

Therefore, the name Rus eventually became Rossiya and then Russkoe and Rossiiskaya and finally Russia.  Ezekiel’s term Rosh serves to relate the ancient inhabitants of that territory, namely the Scythians or Magogites, with the future development of modern Russia or the former Soviet Union. 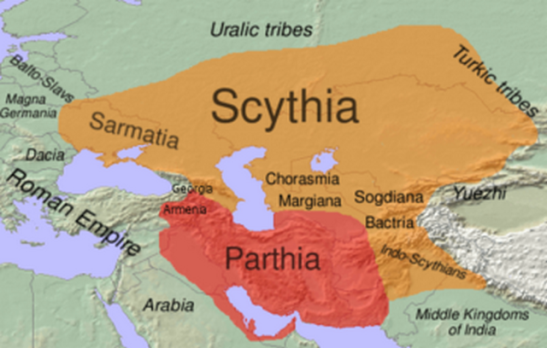 Similarly, the terms “Meshech” and “Tubal” from Ezekiel’s prophecy also point directly to Russia. The Encyclopedia Britannica goes on to say:

“The oldest references to peoples of Paleocaucasian stock are found in Assyrian sources and in the Bible; e.g., the name of the biblical Meshech (Ezek. 39:1) survives in the present-day Meskhi, one of the southernmost subdivisions of the Georgian Kartlians”.

John Lawrence said that the tribe of Meshech (Meskhi) was among those who were originally persecuted by the 1917 communist take-over. He went on to say that some of the people in Russia…

“…have lost their national territory, such as the Soviet Germans, the Crimean Tartars and small tribes such as the Meskhi, the Biblical Meshech, who are not allowed to return to their mountainous home in the Caucasus” .  Lawrence, John T. (1969) History of Russia, Signet, ISBN-10: 0451606175.

Some historians even have found some hint that the name of Meshech was the root word for the naming of the city of Moscow, but this is less clear. In any event, this ancient Biblical tribe definitely migrated north of the Caucasus with their brothers, the Magogites, and ultimately became a part of the expanding Russian territories.

Furthermore, the tribe of Tubal mentioned in Ezekiel’s prophecy is seen in Assyrian writings as the “Tabal” tribe, or in the Greek language, “Tibarenoi” (Encyclopedia Britannica, 15th ed., vol. IX, s.v. “Tabal”). It is said that Tabal was an “ancient Anatolian kingdom that was absorbed into the Assyrian Empire in 713 B.C.”.

The Anatolian culture actually represents the beginnings of the Turkish or Armenian people. Living mainly in Asia Minor and northern Syria, they spoke a sub-set of the Indo-European languages and thus can be properly considered descendants of Japheth. Over time, the Armenian people migrated north and east, finally stretching even beyond the Caucasus Mountains and into central Asia. In the former Soviet Union, one of the subdivisions comprising the union as a whole was the Armenian Republic in the south.

Some have even said that the original name of Tubal survives in the present-day city of Tobolsk, which lays in central Russia. If true, Tubal may represent the Soviet Union in the east (i.e., in Siberia) while Meshech (Moscow?) may refer to the Russians of the west.

In every sense, the description Ezekiel gives us with regard to the kingdom of Magog points directly at the Russian empire of recent history. Even the geographical locations are described correctly in the Bible. Ezekiel says that Magog’s future attack will come upon Israel from “out of the north parts” (Ezek. 38:15). There can be no question that the only nation out of the north capable of launching such a full-scale invasion of the Middle East is Russia.

On a map, the capital of Russia, Moscow, is almost due north of Jerusalem. In our world today, no other people living to the north of Israel could even attempt such an invasion and hope to succeed.

Putin (Russia) have today united Shia (Iran, Persia) and Sunni (Turkey).  Persia have for a long time supported Assad and Hezbolla.  Erdogan of Turkey have been accused of supporting ISIS.

Russia is not predicted to be alone in their invasion of the Middle East at the end. Ezekiel also says that there will be a number of nations aligned with Russia in the attack. Among the Russian allies he lists Persia, Cush, Put, Gomer, and Togarmah. With a little research, most of these ancient countries can be rather easily traced to their modern-day equivalents.

The nation of Persia is perhaps the simplest to locate. For thousands of years Persia existed under its original name. In the early part of the Twentieth Century, however, the Persians asserted their independence from outside powers and through the Constitutional Revolution in 1906 decided to change their country’s name to “Iran”. In the last days, Ezekiel says that this nation (Persia or Iran) will be aligned in the Russian camp against the Western Alliance. Until the latter half of the 1970’s this prophecy would have seemed almost impossible to achieve. At that time, the Iranian government was one of the staunchest allies that the U.S. and the West had in the Middle East outside of Israel. However, with the sudden Iranian revolution and the fall of the Shah that situation changed dramatically. Today, Iran considers the United States and its allies as the “Great Satan” of the world. Of course, they also are staunch enemies of Israel, threatening to build a nuclear weapon to annihilate the Jewish people from off the face of the Earth. At the time of the end, Ezekiel says that Iran will be allied with Russia in their attack on Israel (and also on the Empire of the Beast). This is not surprising given recent political history.   Source:  https://endtimestruth.com/russia-bible/

“Sheba, and Dedan, and the merchants of Tarshish, with all the young lions thereof, shall say to you, Are you come to take a spoil? have you gathered your company to take a prey? to carry away silver and gold, to take away cattle and goods, to take a great spoil?” Ezekiel 38:13

Read Ezekiel chapter 38 and 39 in your bible.

This entry was posted on 09/04/2018 by Skriveren in Politics, prophecy and tagged Erdogan, islam, Putin, Russia, syria, Turkey.